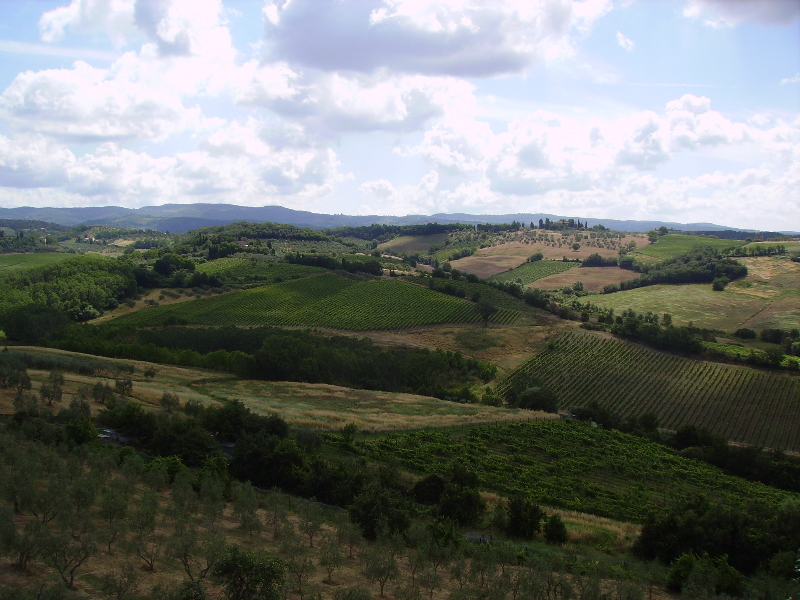 The fascinating village of Poggibonsi dipped in the heart of the Valdichiana is one of the classics places of the Tuscany from dream: rich of culture, art, traditions, in a position to moving whichever visitor with its monuments and the beauty of its landscapes. Moreover in the vicinities famous places for their splendor like Saint Gimignano and Monteriggioni are found all over the world.

The historical center of Poggibonsi corresponds to the ancient urbanistico order of Marturi Village, become in XII the century one irreplaceable center of the way Francigena.

In the 1115 castle it was destroyed from the fiorentini and this forced the inhabitants to emigrate in the below village called Hill bonizio, exactly the root of Poggibonsi of Ghibelline faith, which was destroyed newly from Florence in 1270. In XVI the Poggibonsi century became communal city but later on had to be submitted to the fiorentini after the definitive defeat of Siena, the whose effects were destruction of walls and the fortifications.

Lorenzo de Medici convinced itself of the idea to construct the Great Imperial Hill Fortress, opening the doors to a period of peace and stability. However in the XX the century, Poggibonsi during the second world war was remarkablly damaged becoming to the end of the ‘900 the more important industrial center and above all trades them of the Valdelesa for its active commerce of wines and oil.